I recently came across this article on a study about transporting horses safely. There are so many things to consider from my perspective. It's amazing to me that horses will climb into a dark box without ever knowing where the trip will end and how long they will be required to stand in this small space. There are many thoughts on best practices, such as feeding hay while traveling, having the windows open, wearing face-masks or head bumpers to protect their faces from wind and head injuries. Should I tie them or leave them standing loose? Sometimes it's hard to know and most of us do things based on our own experiences. I do believe it's always a good idea to review what other people have found from their own experiences. In this case, a case study with actual findings and a willingness to keep pursuing answers on best practices while traveling with horses. This study on a new safety assessment tool is an interesting read...

DENVER/October 13, 2021 – A new test to determine whether a horse is broken or unbroken in order to improve safety during transportation could help thousands of horses each year. The test, known as the Broken/Unbroken Test (BUT) was created by Morris Animal Foundation-supported researchers at the University of Bologna. The team published their findings in the journal Animals.

“This test will help improve the safety of horses during transportation,” said Dr. Barbara Padalino, Associate Professor, Department of Animal Science at the University of Bologna. “By identifying horses as broken or unbroken, horses can be moved in ways that are best suited for them. Our tool will help prevent injuries and stress, improving transport for the many horses that travel by road each year.”

The European Union has regulations regarding the unique transport needs of broken and unbroken horses. However, officials tasked with enforcing these regulations have no valid tools to determine whether a horse is broken or unbroken. Padalino’s team developed an easy, effective test that officials can use prior to transport.

The team used 100 horses to develop their tool. A veterinarian with expertise in horse behavior was used as the tester for each horse. The first portion of the BUT consisted of timing how long it took the tester to approach and place a halter on an unfamiliar horse. In the second phase of the test, the tester tried to lead the horse three steps forward and then three steps backward. The maximum allowed time for each portion of the test was 5 minutes. If, at any time, a horse showed any signs of stress or aggression, the test was stopped. The BUT was repeated three weeks later to evaluate test-retest reliability on a subset of the original group of animals. At the BUT’s conclusion, the tester judged whether the horse was broken or unbroken.

Video footage was taken of each encounter. Thirty videos were used as training tools for an additional four observers. This group consisted of a senior veterinarian and veterinary or animal science students. The observers were trained by the senior veterinarian on how to use the BUT. Once training was complete, all videos were examined and scored to determine reliability of the BUT. A subset of 20 videos was selected and randomly scored a second time to assess intra-observer agreement.

Other physiologic and behavior parameters, such as avoidance behavior distance, heart rate and respiratory rate also were measured as part of the validation process. After statistical analysis, the team showed that the BUT was highly reliable in assessing whether a horse was broken or unbroken.

“This new testing procedure will be an invaluable tool to improve the safety for horses traveling by road in the European Union,” said Dr. Janet Patterson-Kane, Morris Animal Foundation Chief Scientific Officer. “And internationally, the behavioral needs of broken versus unbroken horses are just as relevant wherever they are transported on roadways.”

Padalino hopes that the BUT will be incorporated into the current regulatory framework for transporting horses. Her team also would like to expand their study on a larger group of horses in different situations to further validate the tool. Once further testing is complete, the tool would be ready for wider use.

“Ultimately, widespread adoption of the BUT could safeguard the welfare of millions of horses during transport and also minimize horse-related injuries to humans,” said Padalino.

Morris Animal Foundation’s mission is to bridge science and resources to advance the health of animals. Founded by a veterinarian in 1948, we fund and conduct critical health studies for the benefit of all animals. Learn more at morrisanimalfoundation.org. 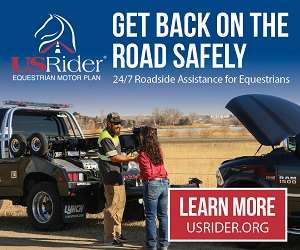 Press Release
News from the horse industry. Sharing today’s information as it happens. Horse Safety Tips is not responsible for the content of 3rd party submissions.